A presentation of activities and perspectives was held, as well as a tour to the facilities and current projects of the company

During the meeting, HAI’s management had the opportunity to brief the official delegation on the company capabilities, activities, strategy and perspectives, as well as to address specific issues related to HAI’s operation.

Following that, the delegation was given a tour in Production areas. There, Mr. VItsas and the delegates were briefed for the important programs among them are the upgrade, modernization, and maintenance of the Hellenic Air Force, Hellenic Navy, and Hellenic Coast Guard fleets, as well as the significant, solely export-oriented, aerostructure programs. 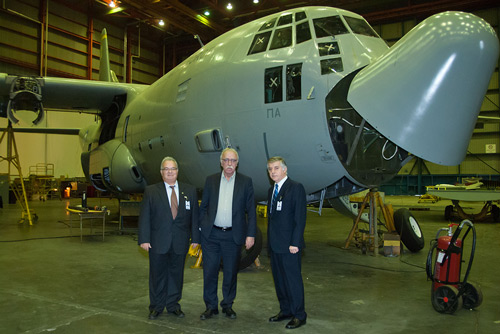