May 16th, 1975
Law 43/75 is published in the State Gazette, pertaining to the founding of the “National Industry of Air Materiel”. 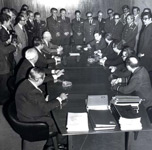 November 26th, 1975
The agreement for the establishment of the new company is signed between the Greek State and the five contracted US legal entities.
September 21st, 1977
Law 696/77 is published in the State Gazette, amending and completing Law 43/77. The “National Industry of Air Materiel” is renamed to “Hellenic Aerospace Industry SA”.

February 4th, 1977
Prime Minister Konstantinos Karamanlis set the ceremonial founding stone of HAI and construction of the facilities commences.
May 30th, 1979
Following the first successful IRAN maintenance of an Hellenic Air Force’s F-4E, the plane is delivered to its user. 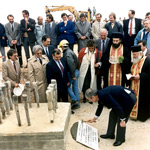 March 16th, 2001
Construction completion of the Aero Engines test facility with a capacity of 100.000 lbs.
December 3rd, 2001
Inauguration (dedication and consecration) of the St. Evgenia church built in the HAI premises. 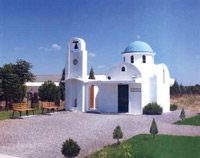 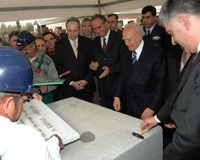 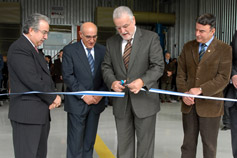