Today, Thursday, March 3, 2022, the ground breaking ceremony of new infrastructure funded by Lockheed Martin took place at the facilities of the Hellenic Aerospace Industry (HAI), in Schimatari. The investment concerns weather shelters of 877.41 square meters, which will be used for the works carried out in the Viper upgrade program, providing protection for both technicians and aircraft. The new facilities are part of the recent important cooperation agreement concluded between HAI and Lockheed Martin, amounting to 97.5 million dollars, and, consequently, part of the main contract for the upgrade of the F-16 fighters of the Hellenic Air Force in Viper configuration.

At the beginning of the foundation ceremony, the Chairman of HAI, Mr. Ioannis Koutras, addressed to the official guests, stressing the following: "Your presence today in the Hellenic Aerospace Industry gives us the utmost pleasure and it is a great honor for me to be before you and, representing as Chairman of HAI all its employees, I would like to thank you warmly for your significant investments. These investments are a statement and a positive proof of HAIs vision towards its repositioning in the international market, towards a new era".

The foundation was also attended by Mr. Dennys Plessas, Vice President Global Business Development Initiatives of Lockheed Martin Aeronautics, who stated: "This day is truly an important milestone. Our gathering, today, marks another positive step towards our common course and effort to support the Hellenic Armed Forces. The project that today we are going to establish and begin its construction, the shelters of the F-16 fighter line, comes to be added to the many important agreements of HAI with Lockheed Martin Aeronautics. In the last two weeks, important agreements have been signed between HAI and Lockheed Martin. The amount of these agreements exceeded 235 million dollars. The trust with which the Greek government, the Ministry of National Defense, the Ministry of Finance, etc. embrace HAI and Lockheed Martin, creates an additional sense of responsibility for the work we are doing, the work that both the Greek and the U.S. governments have entrusted to us."

On behalf of HAI, the ceremony was attended by company executives, as well as representatives of the employees Union headed by the President of the Association, Mr. Nikolaos Kapiris. Also participating were the Commander of the Hellenic Air Force Agency at HAI Colonel (MA) Mr. Panagiotis Kalotychos and the President of EMVATIS S.A., Mr. Thomas Palkopoulos.

The upgrade program of the 83 F-16 Block 52+ and 52+Advanced fighter aircraft is a priority for the Hellenic Air Force, which gains a huge advantage for the country's defensive shield. At the same time, it is a great challenge for HAI as well, as it becomes highly competitive in the global aviation industry.

The new contract is the result of the extroversion strategy that HAI has consistently implemented in recent years.

The cooperation protocol signed between the Hellenic Aerospace Industry and Lockheed Martin Aeronautics once again strengthens HAI's long-term partnership with one of the largest companies in the aeronautical industry internationally and triggers further significant synergies. 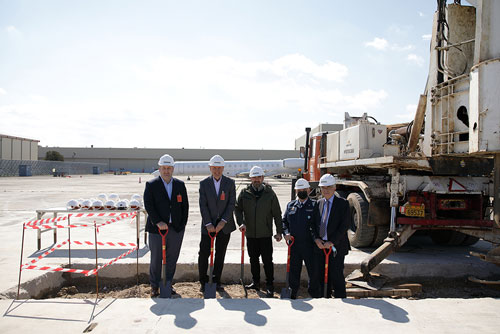 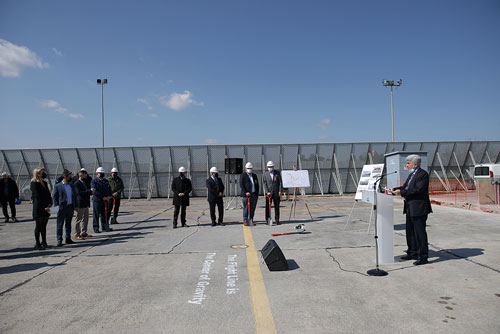 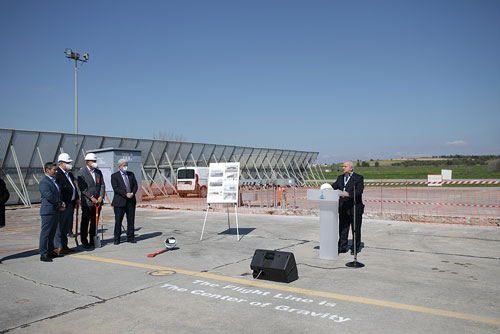