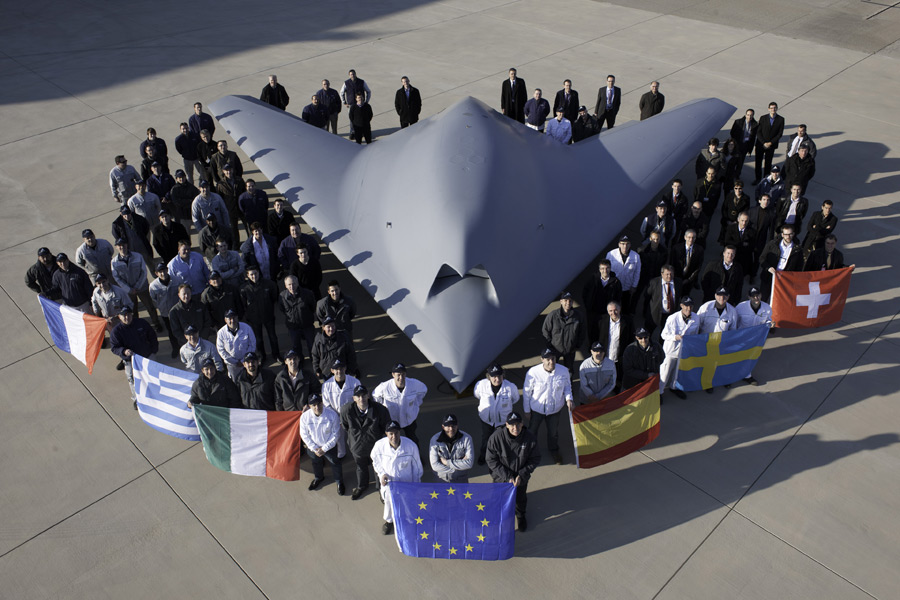 Dealing with a clean sheet development, a serious percentage of the aircraft was developed by the engineers of the Engineering, Research, Design and Development Directorate of our company and manufactured by the company’s Airframe Manufacturing as well as Electronics Directorates.

The maiden flight of nEUROn took place on the 1st of December 2012, at Istres-France, where the Flight Test Center of Dassault Aviation is located. With this successful flight HAI was endorsed as an equally valued partner amongst the European Aerospace leaders, bringing the Hellenic Flag in an honorary and widely recognizable position.

nEUROn was initiated as a development idea back in 2003 during the Paris Air Show by the French Ministry of Defense, and launched as a program in 2005 with France, Greece, Italy, Spain, Sweden and Switzerland taking the responsibility to participate and finance the program that is now being considered as a valuable milestone for the future of aeronautics not only within Europe but internationally.

With Dassault Aviation in the leading position, the program was based on the knowhow and experiences of the participating nations’ representative companies Hellenic Aerospace Industry, Alenia Aermacchi, EADS-Casa, Saab and RUAG.

Being one of the key players of the program, HAI took the responsibility to design and manufacture:

With a length of 10m, a wing span of 12,5m, a basic weight of 5t, and using a Rolls-Royce Turbomeca Adouengine r, nEUROn currently undergoes through a program of flight tests at Istres-France to verify the operational specification requirements initially set by the participating MODs, prior to its transfer to Sweden and Italy for further testing dealing with both weapon delivery and stealthy performance. 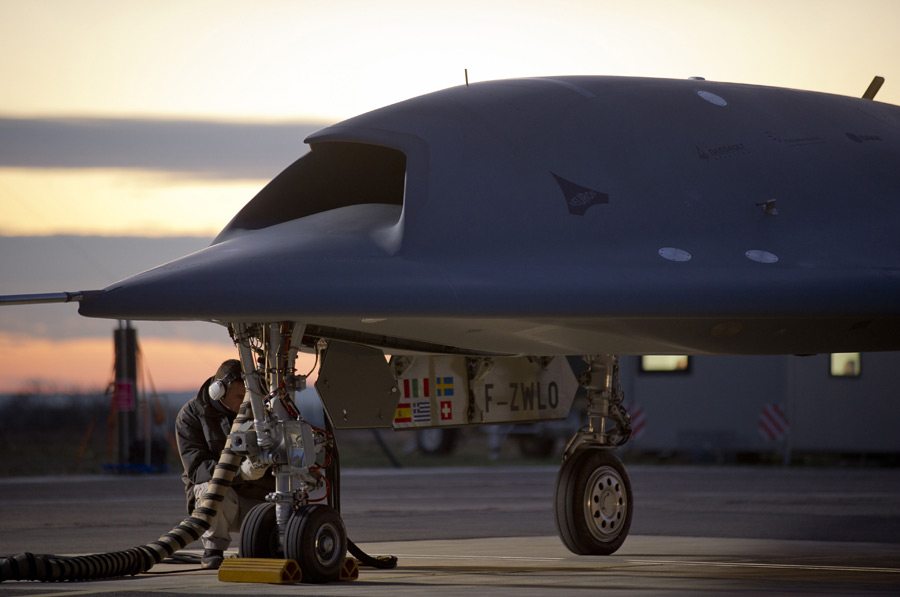 23th November 2010: HAI delivers the first Exhaust Assembly to the TARNOS test facility in France, for proving its foreseen performance characteristics in conjunction with the selected powerplant. These tests covered successfully all extreme conditions that could be met during the flight.

The participation of Hellenic Aerospace Industry to the UCAV-NEURON program from its very first stages, is the first time where airframe and engine structural entities are designed and manufactured internally, satisfying all the austere specifications required for aircraft development, and through the performance and quality recognition by all program partners, the basis of future participation to any European or International manned or unmanned aircraft design is being set.